The Two Kinds of DUI 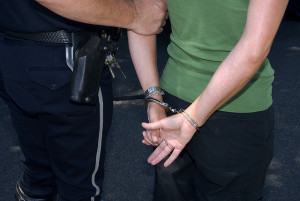 There are two kinds of drunk driving in Utah, the traditional DUI and DUI Metabolite

One of the most common offenses in the criminal justice system is drunk driving, or DUI (driving under the influence). While a DUI is normally associated with alcohol it also includes controlled substances, meaning if an individual is pulled over and is driving impaired while under the influence of heroin they can also be charged with a DUI. There are two kinds of DUI in Utah and there is a sufficient amount of overlap between the two charges meaning some cases could be charged as either of the two.

The first kind of DUI is the classic version that most people are aware of, which includes drunk driving. For the prosecutor to be able to get a conviction on a DUI case they must prove that an individual was (1) in actual physical control of a vehicle and, (2) has a blood alcohol concentration (BAC) level of .08 or greater. If there wasn’t a BAC test conducted or if it comes in under .08 there is still a way an individual can be convicted if the prosecutor can show that the individual was under the influence of alcohol, drugs, or a combination of both, to a degree that makes the individual incapable of safely operating a vehicle.

The Other DUI – DUI Metabolite

The second kind of DUI is called DUI Metabolite. For a prosecutor to be able to get a conviction under this kind of DUI they must prove that an individual was in actual physical control of a vehicle and they had a measurable controlled substance in their body. So instead of a breathalyzer or intoxilyzer test in metabolite cases a blood or urine test is usually conducted. The biggest differences between metabolite and regular dui is that metabolite does not apply to alcohol and doesn’t require impairment.

The DUI laws in Utah are some of the most complicated criminal law on the books, and that is why you need an experienced criminal defense attorney on your side to help you out. At Ogden Criminal Defense we can help you understand your case and help protect your rights, so call or email us today to find out how we can help.

The Two Kinds of DUI was last modified: June 10th, 2015 by Todd Peterson
Posted in Uncategorized