DUI Court in Weber County – Driving Under the Influence 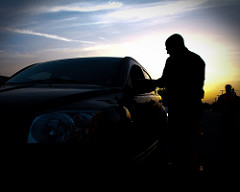 One of the most common criminal charges is Driving Under the Influence or DUI. The consumption of alcohol is very popular and due to the rural nature of Utah most people drive their own car wherever they go. This is a perfect formula for people making the mistake of driving under the influence, which is a very serious offense that carries heavy penalties. In Utah DUIs are very heavily regulated by the legislature and although a first DUI is a class B misdemeanor the mandatory penalties that come with a DUI are much steeper than most other charges at that level. Additionally, DUIs are enhanceable meaning a third DUI in a ten year period is charged as a third degree felony and carries a minimum 60 day jail sentence. Due to the prominence of DUI charges and the difficult nature of settling these case because of the statutory requirements, in Weber County a DUI Court has been set up to help resolve these types of cases.

The DUI Court is similar to Drug Court which a lot of other jurisdictions have and its sort of a form of probation. In drug court however the ultimate result is a dismissal of the charges so it functions like a plea in abeyance. DUI Court unfortunately just results in a one step reduction of the charge, and its for third DUIs which are charged as a third degree felony. So what that means is that after a year in DUI court and going through the treatment and testing etc.. the individual ends up with a class A misdemeanor.

If you are facing a third DUI in Weber County then you should contact us for help in understanding the DUI Court process and the possible benefits it could provide to you.

DUI Court in Weber County – Driving Under the Influence was last modified: January 26th, 2017 by Todd Peterson
Posted in Uncategorized