Home » Blog » In Utah there are two types of criminal courts, justice courts and district courts, 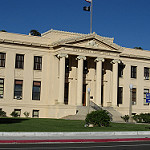 In Utah the adult criminal justice system is divided primarily into two courts, the justice court and the district court. Depending on the level of charge an individual is facing they were either be in the District Court or the Justice Court and there are many similarities between the two but there are three main areas where they are distinct.

The next thing that separates justice courts from district courts are the types of hearings that are required in the process of a criminal case. In the justice court the procedural history will normally start with an arraignment (which can be waived if you have counsel), and then move right to a pretrial conference before ultimately going to trial. In District Court on the other hand the process starts with an initial appearance (this cannot be waived by counsel), and there is an additional hearing called a preliminary hearing that is not required in justice court proceedings. The preliminary hearing a stage where the prosecutor must show to the court that there is sufficient evidence to continue with the case. The preliminary hearing involves an extremely low burden on the prosecutor and the majority of cases are “bound over” for trial, meaning they move forward with the process until the Defendant either takes a deal or goes to trial.

If you are facing criminal charges in either the justice court or the district court then you should call the attorneys at Ogden Criminal Defense for help. Our attorneys work in all levels of court in Northern Utah and we can help protect your rights.